A letter at random in Ireland for the case Savita Halappanavar 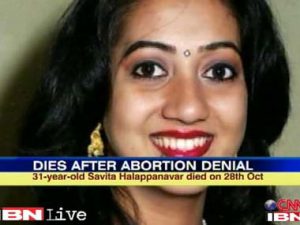 Savita Halappanavar is an Irish native from Indian who died in childbirth. The pro-abortion lobby has used of his death to try to introduce abortion in Ireland. The mediatic war rages on. This one is international in regard of the means of death lobby. Until then, the Irish people have withstood the pro-abortion machine. But Irish people should not feel isolated. They need the support of all of us. That’s why I created this letter. Randomly, send a letter to an Irish to support for the pro-life movement. At the end of the letter, you have a procedure to retrieve the name and the address of a Irish person at random.

You don’t know me. I don’t want to ask you money. I have choose your address at random. I’m just a French that have heard about the death of Savita Halappanava. I have heard that there’s an international mediatic pressure to autorize the abortion in your country following this story.

We know very well this mediatic methods in my country. The abortion has been authorized here due to this kind of manipulations. The medias use a dramatic case and, like that, they can stop the refexion about these subjects in the population. Playing on emotions, they think that it’s easier to crontol the public opinion.

Ireland must be proud to have refused abortion until there. Your country is one of the last lights in Europe, with Poland and Hungarian, because of your christian faith. This is the most precious thing that belong to you even if you think it’s a little bit old fashioned.

In my country we have accepted abortion and now it’s the biggest factory of the territory. Its production continues to grow up years after years, and now, people don’t think that it’s so terrific. A lot of people think this is a normal thing. We have lost our sensitivity and our morality without we perceive it, progressively.

To convince you, this kind of persons who are agree with abortion, will talk to you in using these words of « freedom » « dramatic cases » « awfull » « help mothers » but in fact, they just lie to impose their ideas.

I don’t know if you’re for or against the abortion. But I would like to encourage you to conserve your tradition. It’s a good tradition, and Irish people got nothing to gain by adopting bestial mesures as in my country. I would like to encourage you to continue to support the life without suffering any exception, in the fight against this ideology of death : the abortion.

An anonymous from another country.