Accueil » In English » We must save our women from this collective suicide.

We must save our women from this collective suicide. 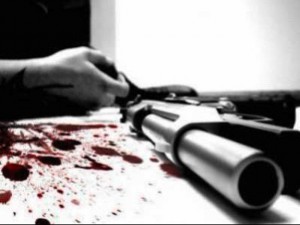 Our occidental society is going to break down under our eyes, and we feel it. The big disasters have this of common that we see them arriving by far but that there is nobody, or a few people, to imagine that they will soon come true. In fact, nobody wants to believe in it. Each tries to persuade himself that the system lived well up to here and that there is no objective reason for it does not continue. And in this bustle, there is even a lot of person to think about themself, without thinking for good or evil. Effectively, whatever happens, the system will continue, but this time, although we are ethic individuals or not, it will have to continue without us.

No, nobody wants to believe that feminists, despite the objective harm which they have done to our society, nobody wants to imagine that they have began a process of collective suicide and that this process almost arrived at its term. Nobody wants to imagine that women were capable of making it. But nevertheless, there is not a day where we do not discover the harm that undermines us and wich they propagated in a insidious way: violence of the women as the one of a man, violent lack of differentiation in our society, murder of the children, lesbianism (hate or total incomprehension of the men), widespread death of the femininity and of its moral values, death of the father, destruction of the family by the mean of the single parental system… all these violences which, for our own misfortune, increase the others.

After having killed the virility, our feminized society is collapsing pitifully, taking away its beautiful dreams to see the women getting the place of the men, by becoming itself asexual. In spite of this modern nihilism, there is no women without men, and there will be never (and reciprocally ). This hard interdependence, this vital rule which allows any biological element to survive as soon as it aspires to rise in the hierarchy of the divine consciousness is nevertheless demolished by our society. In this society without man, there are realities and limits which become difficult to accept, fires in the middle of the tempest which precipitate the ship on cliffs without that the guards have the means to be listened. Many of you believe that civilizations disappear generally in chaos. Nevertheless the history often comes to deny this common idea. The biggest disasters arise in a stifling silence which reduces the words to the nothingness. There will be no big revolts, there will be no spectacular wars, there will be maybe even no civil wars, no. Do not imagine that you will be lucky to live the end of this world by having at least the pleasure to attend a beautiful fireworks. Regrettably it will not arrive as it. The hell that sells us this feminist society, it is the prozac, a beautiful and slow depression towards the destruction of every individual and after of the society in general. At the end, you will be even too slack to be still able to react.

However I do not want to write in the wind: the hope is there. Henceforth, many women have felt, maybe before many men, that something had gone be wrong, that they could not continue any more in the resentful and equaliterian higher bid, as previously. It did not take place as they had imagined it, and their powerful collective unconscious takes now the road of the questioning. The best of them had imagined that they would finally be loved for their quality and that they could free themselves from the dominion which the money and the power exercised on their own desires (in France). The experience badly turned. In 50 years, after hundreds of years to impose their values, it turns in nightmare. These women who engaged our society in a collective process of self-destruction, these feminists who decided to sacrifice all the occidental society to their small individual desire, those who, for the greater part are more and more lost in an environment where they feel foreign, will not give up their madness. But those same who are our women, our sisters, our mothers, our daughters, will it be necessary to resign us to abandon them in the pathetic fate that they have built because they have chosen it? Certainly not. Even though, they would have decided in this madness, they would nevertheless wish to continue, and we would have no means to stop them, we must anyway oppose this collective suicide. We owe it because we are men who, besides protecting our women and finding our honor in there, have the courage to oppose to their death drives if they take suicidal decisions.

These women failed on the bank, were otherwise called feminists, who try to attract the boat of the couple to cliffs, we owe fight their ideas of all our strengths :

_ Against the loss of the sexual identities: we will educate our daughters differently from our boys, by learning them for the first to cultivate their femininity and for the second their virility.

_ Against the lesbianism: we will give to our children an image of brave and voluntary fathers even if it means oppose us to our partners.

_ Against the individualism and contrary to the feminists: we will try to think at our couple before our small desires.

_ Against the men/women equality: we will be courteous and will never consider in love a man equal to a woman.

_ Against the death of the father: we will argue our man’s vision in the couple, and and especially in the education of the children, the privileged ground of the men.

_ Against the culture of death: we will avoid putting a woman in a position to abort of our children.

_ Against the destruction of families: we will have the biggest contempt for these women who enough knocked up, get ride of their companion (but not of his money) and use their children as a foil.

_ Against the current collective suicide of our occidental society: we will fight against the feminism.